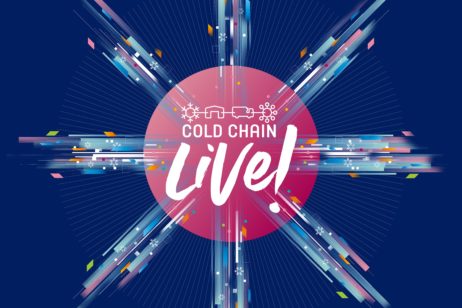 TOWARDS A NET ZERO COLD CHAIN

Counting the Cost of VUCA

We’ve probably all come across the idea of VUCA: standing for ‘volatility, uncertainty, complexity and ambiguity’. A concept which was originally developed in the US Army War College in the 1980s to describe the world after the Cold War, has become a fashionable management term. But it’s hard to imagine a more suitable current application of VUCA in the UK than the last six months of pandemic and the last four years of Brexit. What are less often considered are some of the specific and sectoral impacts of VUCA and the practical implications for firms. So what has been VUCA’s effect on the financial wellbeing of retailers?

For retailers, cash has always been king (or queen): but “in the current crisis brought on by the coronavirus, cash is emperor!”. At the beginning of the pandemic, Retail Economics concluded that even the UK’s biggest retailers would run out of cash if they were forced to stay closed for six months. Luckily, they weren’t – and food retailers in particular never had to close. But that doesn’t mean that the financial impact of the pandemic has not been severe. Tesco’s forecast position from May is instructive (see Figure). Unanticipated extra staff-related costs alone were estimated to be close to £500mn over the full financial year, contributing to an overall total of £840mn, only partially offset by temporary business rates relief of £532mn. The impact on smaller firms, whilst less public, is no less significant.

Many commentators have, of course, spoken of the amazing growth in online demand over the last six months, with grocery sales online reaching 11% of all grocery sales in July 2020 (although falling back slightly in August). Sainsbury’s and Tesco added an online ordering capacity equivalent to two Ocados between March and July. However, here too not all in the garden is rosy. Sainsbury’s new CEO briefed the financial press and analysts in June that the pandemic had had the effect of “moving sales out of our most profitable convenience channel and driving a huge step-up in online grocery participation, our least profitable channel.” It is clear that extra investment here without consideration of achieving scale and operational efficiency gains will likely be at the expense of overall profit.

Finally, whilst negotiation and brinksmanship continue on both sides, the prospect of a no-deal Brexit could risk adding the icing on the cake. The British Retail Consortium estimated that 85% of food imports from the EU will be subject to a tariff of more than 5% should there be a no-deal outcome, let alone “the costs of physical checks, paperwork and other non-tariff barriers”. Irrespective of who pays, and whether or not some or all costs are passed on to customers, the BRC estimates an average tariff of over 20% and a £3bn tax bill for the food that cannot be sourced in the UK.

However, the US Army War College’s development of the VUCA idea was not undertaken in isolation.  The College also began a conversation about how the armed forces should meet the multiple challenges of VUCA. For retailing, whilst some of those conversations have already begun, there is much more to be done across the whole value chain.