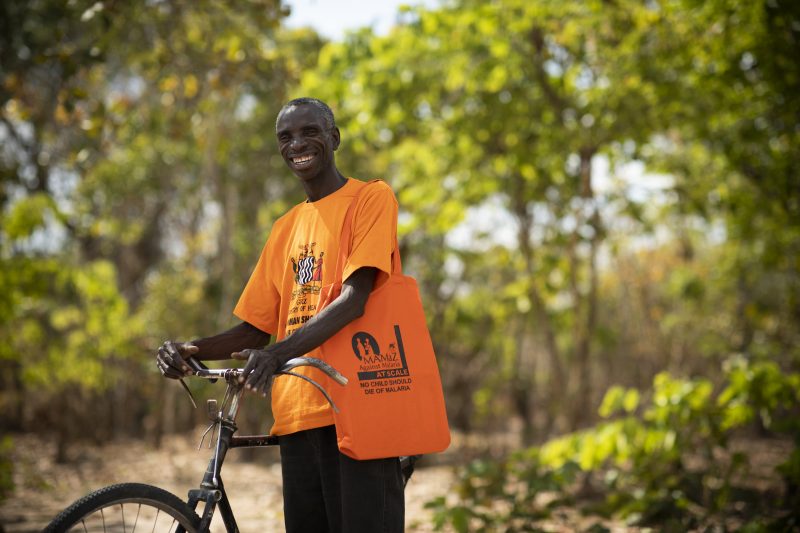 The World Health Organisation (WHO) has reported on a Transaid project in Zambia, which has helped to dramatically reduce severe malaria mortality in children under six years of age, as being “feasible, safe and effective in hard-to-reach communities”.

In an official report, the WHO research bulletin identifies the project’s approach – which included a bicycle ambulance system implemented by Transaid – as being highly adaptable, stating it “could be used in other countries with a high malaria burden”.

Zambia’s Health Minister, Dr Chitalu Chilufya, has also praised the success of the pilot. Speaking during the Global Fund’s Sixth Replenishment Conference in Lyon, France, attended by heads of state, heads of government, philanthropists and NGOs, he reinforced the need for partnership to ensure that pre-referral anti-malarial treatments could be financed and rolled out at national level.

Malaria is a life-threatening disease caused by parasites that are transmitted to people through the bites of infected female Anopheles mosquitoes; and is highly prevalent in young children. Despite it being preventable and curable, the WHO African Region carries a disproportionately high share of the global malaria burden – being home to 92 per cent of malaria cases and 93 per cent of malaria deaths in 2017.

Commenting on the publication of the WHO research bulletin, Caroline Barber, Chief Executive of Transaid, says: “This was a comprehensive study to determine whether effective community engagement, a functioning drug supply chain, implementing emergency transport via bicycle ambulance and increased access to key medicines reduced the severe malaria fatality rate in remote communities in Zambia.

“The life-saving results we achieved with our partners saw 15 fewer malaria-related deaths recorded among children with confirmed severe malaria at intervention health facilities, compared with the 12-month period before the project began. This is hugely significant, particularly given the number of confirmed severe malaria cases during those 12 months rose from 224 to 619.”

Looking to the future, she adds: “The WHO has recognised the potential for expanding this programme to other high-burden malaria countries and we are ready to offer our support and expertise to make this happen.”

Transaid worked on the initial pilot project (MAMaZ Against Malaria) in Serenje District with Medicines for Malaria Venture (MMV) between 2017 and 2018, in collaboration with a consortium of partners which included DAI Global Health (formally Health Partners International), Development Data, Disacare, the Zambian National Malaria Elimination Centre and District Health Management Team. Following its success, this year Transaid became part of a scale-up programme, securing matched funding from Grand Challenges Canada and the Government of Canada to enable the initial project to quadruple in size, potentially benefiting as many as 250,000 people in rural Zambia by the end of 2020.

Barber says: “These are important next steps, but there is still huge potential to expand this work to more communities in Zambia and beyond. The WHO found our project had the reach and credibility to save many more lives and we’re exploring all possible avenues to make this happen.”

The WHO research focused on a 12-month period during the pilot, using data from three sources including surveys carried out near the beginning and end of the intervention period, health facilities contributing data on malaria to the Zambia Health Management Information System and a community monitoring system. It also collected qualitative data via case studies, feedback from government officials and reports of informal discussions with community health volunteers and communities.