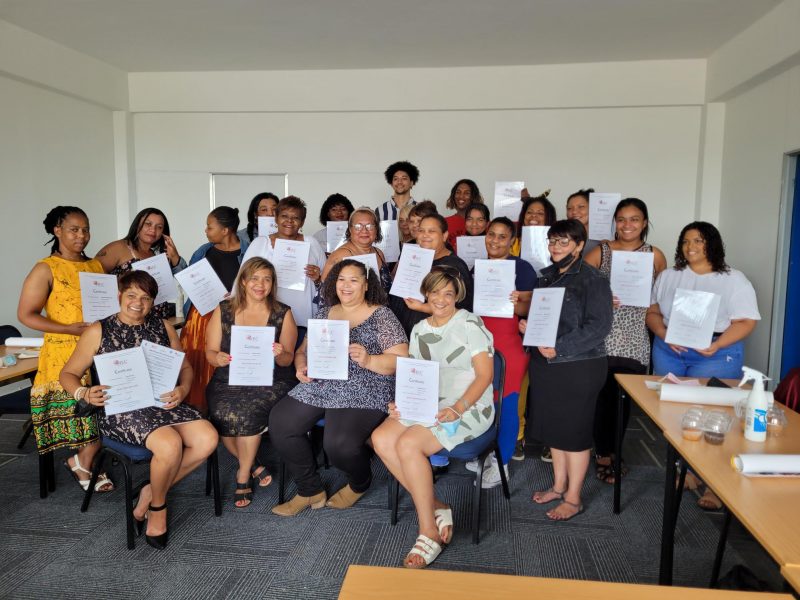 Transaid has completed a major three-year project helping to broaden the understanding of the challenges faced by young women and girls as users of public transport in less accessible parts of three major African cities. It also looked at the steps which could be taken to help improve their opportunities for work in what is a highly gendered transport environment.

These teams then engaged with female commuters to gather detailed information on the challenges faced when accessing public transport. In all three countries this research proved crucial, leading to the development of safe transport charters around the primary forms of public transport in each city – including minibus taxis and commercial buses.

Edward O’Connor, Programmes Support Manager at Transaid, says: “We developed and rolled out a guiding document for transport associations and transport operators to address, with a gender lens, the challenges faced by female passengers.

“For example, in Cape Town, where minibus taxis are widely used, this took the form of a concise guide which outlined commuter rights, the responsibilities of transport associations, and included contact numbers for reporting complaints, particularly in relation to gender-based violence. This was done in combination with gender-based violence awareness and sensitisation sessions which we carried out directly with male drivers on taxi ranks in the city periphery.”

The other focus of the project was around implementing skills training for women working in the transport sector, largely developed using Transaid’s experience in implementing transport management systems. Due to Covid-19, this training for Tunis comprised a mixture of remote and in-person sessions, including guest speaker inputs from Peter Robinson, Director – Bus Development, at Go-Ahead, and Sara Youssoufi, Manager of Operations from ALSA (Morocco), a major passenger transport operator.

Explaining the importance of the training, O’Connor adds: “We know that if transport management generally improves, it can lead to improved maintenance and better operations. And if this can be achieved, then it can lead to a positive impact for the user’s experience – particularly with regards to safety.”

One female transport worker who took part in the workshops in Cape Town, commented afterwards: “As black women in the industry we are quite invisible, and it was nice to see women standing up and seeing how intelligent they are and how many ideas they have.”

Another, the daughter of a minibus taxi owner, said: “Before being involved in this project, I didn’t have an interest in the industry as it was always connected to violence, but now I feel a sense of cohesion and belonging.”

Transaid also worked with a local film crew to create a short film addressing women’s safety concerns when using motorcycle taxis. Developed in three languages, the 11-minute film equips passengers with the points to consider before choosing this form of public transport.

Caroline Barber, CEO of Transaid, says: “Women in many parts of Africa face real discrimination in the transport sector, both as passengers and as employees. This affects their wider access to work, education and training in every sector, making this one of the most important projects we’ve delivered in recent years.

“The timing of this work, starting just before the pandemic, really tested the agility of our team to deliver multiple practical interventions across different countries within a relatively short timeframe. Despite this, we’re really pleased with the progress we made and the many different groups and communities we were able to positively impact.”

This project was made possible with the support of local partners, including the Ministry of Transport, Al HOSN Energy Consulting, Sustain Consulting and Tounissiet in Tunis; Sokoto University, the University of Jos and Girls Voices Initiative in Nigeria; and the University of Cape Town, Sonke Gender Justice and the SANTACO in South Africa.