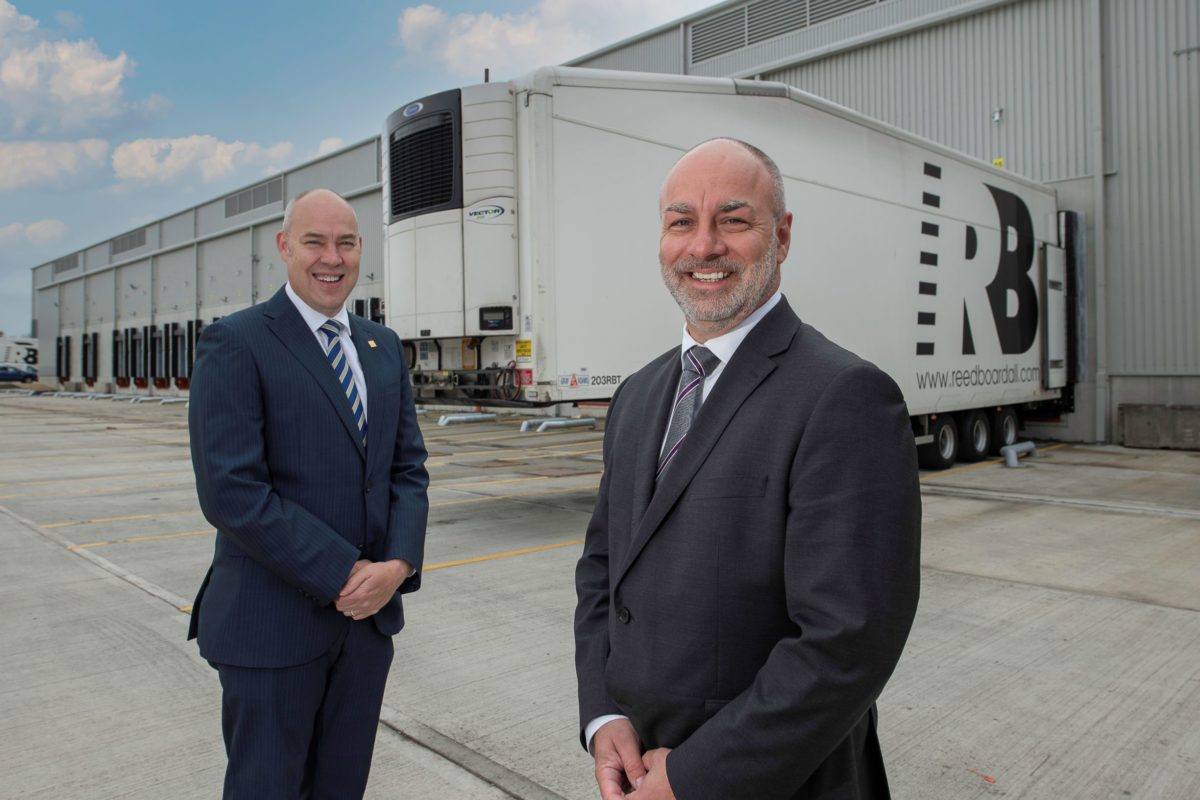 With its headquarters in Durham and offices and manufacturing facilities in Derby and more recently an acquisition of an Industrial refrigeration company in the South East, EJM is a leading supplier of high-quality industrial refrigeration systems as well as providing air conditioning, ventilation and maintenance services. The group has designed, installed and maintained all four state-of-the-art cold stores at Reed Boardall’s single site in Boroughbridge, having received its first order on Christmas Eve 1991.

Andrew Baldwin, managing director of Reed Boardall’s cold storage division, said: “Fostering long-term relationships with both customers and suppliers is one of the tenets of our business. We believe that by working together closely over a number of years, we can develop insight and synergies which make us mutually more productive.

“EJM is one of our oldest suppliers and, like Reed Boardall, they place great emphasis on being independent, cost-effective and customer focussed. Over the last 30 years, the two companies have enjoyed a very constructive and open partnership with EJM working seamlessly as part of our team, keeping our cold stores running smoothly as well as being on hand to provide valuable advice on extending our facilities as the business has grown. We’re pleased to have aligned ourselves with one of the leaders in its field.”

Established in 1980, EJM employs around 50 people across its three sites.

Paul Cable, managing director of EJM Engineered Systems, commented: “Having last year celebrated our company’s 40th anniversary, this marks another important milestone for us. Our chairman, Matt Morton, signed the first contract with Keith Boardall and Guy Reed 30 years ago and, since then, the relationship between the two businesses has spanned three ‘generations’ of managing directors. Our cultures are a great fit – we both value loyalty and honesty, and have mutual respect for one another.

“Reed Boardall has always been visionary in its refrigeration plant design; from the initial concept, it builds in the ability for future extensions to enable it to grow with its customers. It also requires very high standards within its cold stores, and we have consistently provided this, delivering robust plant with energy efficient enhanced design which has stood the test of time. With over 9,000kW of installed refrigeration capacity across the site, Reed Boardall has one of the largest and most modern facilities of its kind in the UK and we are proud to have supported the company for the full journey.”

In May, Reed Boardall announced the completion of a 110,000sq ft extension to its newest cold store, expanding capacity to 168,000 pallets. The project was delivered by EJM which will continue to provide ongoing service and maintenance.

Reed Boardall is one of the largest temperature-controlled food distribution businesses in the UK, storing and delivering frozen food from manufacturers across Britain, Europe and further afield to all the UK’s best-known supermarkets. With a fleet of 196 vehicles operating 24 hours a day, year round, it delivers 12,000 pallets of frozen food daily for its clients as well as providing a range of complementary services including ancillary blast freezing, picking and packing.

The company employs almost 800 staff at its single site in Boroughbridge, Yorkshire.