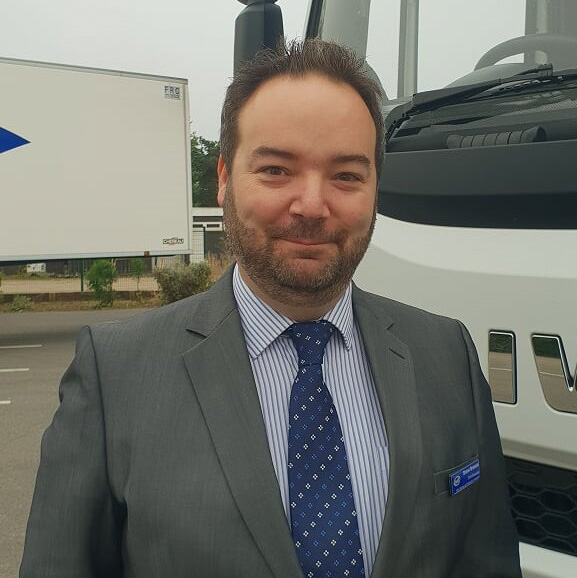 The Future According to FSDF

Shane Brennan, (pictured) who joined the FSDF in July 2018, is completing a review about the future strategy and focus of the Federation. He is excited about the plans that will be revealed fully later this year.

“We are finalising an exciting new strategy, as part of that we’re going to have a new brand. This means that from the middle of this year people can expect a completely new look and feel for the Federation. Whether we go further than that is still a matter for the members to decide. The AGM has to vote for it.

“Up until now our proposition has been that we’re the voice of food and drink logistics, as a whole, whether it is temperature-controlled, ambient or retailer/manufacturer. However, when you look at our expertise – our unique proposition – it all relates to the cold chain. That’s what’s going to drive our new strategy and brand.”

He said that the Federation will focus on reinforcing its role as the voice of the temperature-controlled storage and distribution industry, running events and network opportunities for people working at “different levels, whether they’re a managing director, an emerging leader or a day-to-day operative in our industry”. The Federation will also provide opportunities for members to learn and problem solve together while the core of the offer will be to provide advice and support to the industry.

Brennan is basing the needs of Federation members on the challenges that the industry will face over the next 10 years.

“There’s never been more interest in food warehousing than right now because of Brexit. The idea of stockpiling food has become synonymous with ‘no deal’ preparations, everyone’s interested in how product is going to move through the supply chain and reach supermarkets and restaurants.

“But if we look forward 10 years, those aren’t the issues that are going to dominate our industry – the issues that will are all related to climate change and environmental sustainability. So whether it’s finding new ways to generate and use energy or reducing vehicle emissions; or whether it’s adapting to an ageing population made up of more single households and new ways to buy and consume food; they will all impact on the cold chain. Meeting those challenges and opportunities means fundamental change and that is exciting for all of us.”

Brennan points out that many companies operate ageing warehousing so the consumption of energy and how these plants are run “is a big challenge for the next 10/15 years”.

He is calling for more government support. “We need direct investment – the government launched its Industrial Strategy in 2017 and in that they said there were four grand challenges for our economy and society – all of which are relevant to our sector – but the main one is clean growth. So we need to find ways to invest in our infrastructure and economy in a way that delivers growth.

“We need investment in the cold chain – that’s one part of it and the other part is making sure the regulatory burden works to the benefit of the industry. Our members are making 25-year investments and they can’t do that on the back of a government that might change policy in three years’ time.“

CCN: What are the trends in warehousing?

SB: On the warehousing side, it’s all about energy consumption. We’re seeing some really big investments, whether it’s the (Yearsley) Superhub in Peterborough, or the NewCold facility in Wakefield, big multinational corporations are making huge investments in the UK to build new infrastructure.

CCN: How strong is the sector?

SB: The fundamentals of the sector are strong, we’re seeing growth, particularly in food – there’s strong growth in frozen food and that is despite “Brexit” so yes, for now, over the next six months that uncertainty will continue but if you flip that around – our stores have never been fuller, our customers have never been more aware of the value we add, and the importance we play in the chain. There’s been some important understanding being developed over this time, in places that probably haven’t been thinking about our sector that much.

Going into this period we had 25 years of whatever storage you needed was available to you whenever you needed it and stuff would get to you at cheaper and cheaper rates, in real terms, every single year. The sector was basically a victim of its own success in that regard. Brexit has made everyone sit up and think, ‘actually it isn’t that straightforward, there is a very sophisticated supply chain that is quite precarious here, that takes quite a lot of skill to manage and needs investing in’. So the legacy of Brexit for me really is to make sure that we keep that – once the deal’s done or whatever happens, that we don’t forget these things again which is very easily going to happen.

CCN: What do members think about Brexit?

SB: In terms of the long-term prognosis, I think members feel optimistic that things can be better as a result of Brexit, whether it’s reclaiming some of the trade from the European hauliers, which has been eroded over 40 years of price competition or whether it’s people understanding the value of investing in the UK supply chain. I think everyone thinks the government has handled the actual mechanics of it in the short term incredibly badly and there will be short-term pain but hopefully long term gain.

CCN: Will the location of warehousing change as a result of Brexit?

SB: Well, stockpiling has become synonymous with Brexit – for me, having talked to members about it, stockpiling is one very limited tactic available. What Brexit really means is a reconfiguration of the supply chain. Thinking through product by product, how does it get to my shelf or restaurant? how can it be resilient through the Brexit chain? I would expect to see some product more likely to be stored in the UK as a result of Brexit and some product being moved to Europe.

CCN: Will we see more distribution sites near ports?

SB: I’m sure there will be lots of businesses that, over the next six months, will use containerised ports more because of the reconfiguration of their supply chain and they might like what they see. There are some really good facilities, like London Gateway, where you can move containerised goods a lot more quickly than was originally thought.

CCN: Do you envisage any further consolidation in the industry?

SB: I would imagine so, what I’ve seen the recent acquisitions as ultimately about confidence in our industry. There is a sense that growth in the UK and it is well positioned within a global supply chain so I would expect to see more moves from companies who are looking to increase their presence in the UK. I expect that to continue and I expect there will be some UK players that have the confidence to grow – try to acquire. So I think there will be more consolidation.

CCN: Do you see one of the main challenges in our sector being the skills shortage?

SB: If you ask a member whether they are concerned about Brexit – or what is the top of their list, the issue of the driver shortage which predates Brexit, would be far higher on their list of concerns than the specific issues around Brexit. Of course the two are linked – the drop in the value of the pound resulted from the original referendum was the single biggest driver in cutting the number of people coming to the UK to work and the sense that actually there are other economies in Europe and around the world that are more attractive to work in than ours. One of the worst-case Brexit scenarios is not that we won’t have enough food in the UK, it’s that we won’t have enough drivers to move it around.

CCN: The price of fuel is obviously another challenge?

SB: I would say energy prices as opposed to fuel prices, is the challenge right now. Some FSDF members are seeing a 20 -30% increase in their energy bills. For many warehouses the cost of electricity is becoming a higher cost than labour – these are real challenges.

CCN: And what about the issue of illegal immigrants stowing on vehicles?

SB: This has dropped out of the headlines a bit so you could have had the impression that the issue had gone away. Actually, we had a bit of a resurgence of the issue over Christmas, but fundamentally for members their day-to-day experiences haven’t changed. If you bring vehicle across the Channel there is a strong chance that there will some kind of attempt (of people getting on board a vehicle) at some point when you do that work. There are areal victims, the individuals themselves and the drivers, the companies, the customers. They are all victims of this and we absolutely need to keep working on it. If Brexit slows a load of vehicles down coming across the Channel there will be increased risk of this occurring.