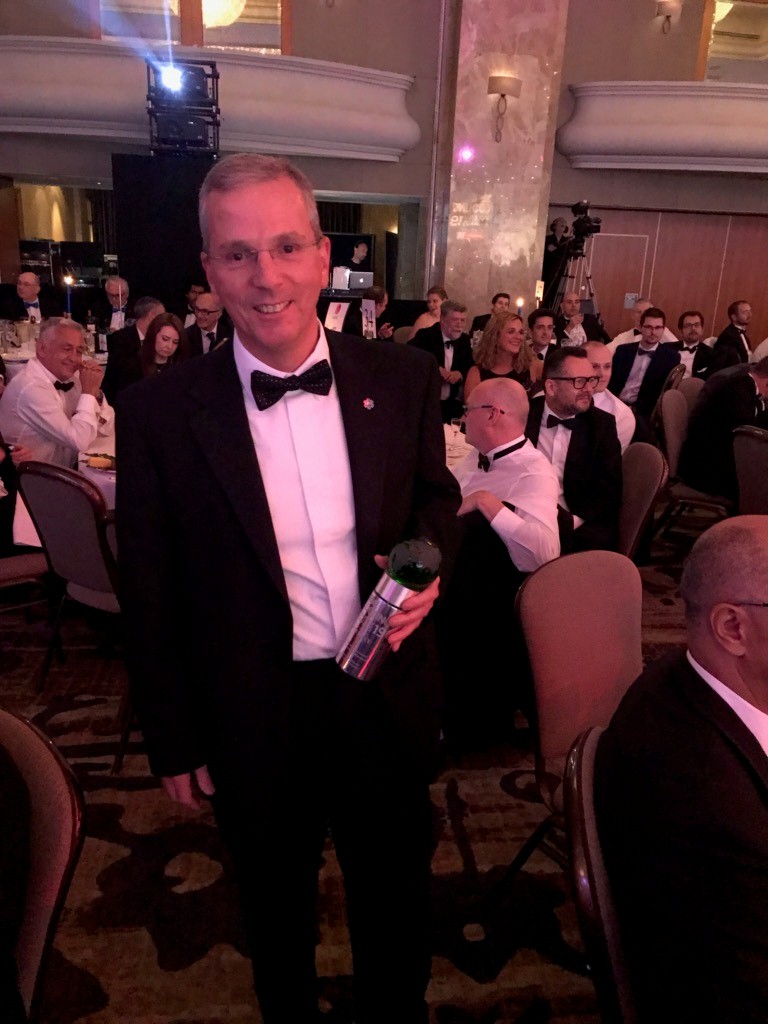 A longstanding employee of Cold Chain Federation member Star Refrigeration’s consultancy business has been awarded an industry achievement award at the RAC Cooling Industry Awards 2019, last night. The Fred Jamison award, for which he was nominated by his colleagues at Star, recognises David Blackhurst’s significant contribution to the company and the industry over the past three decades.

On nominating Mr Blackhurst for the Fred Jamieson award, Star’s Group Sales and Marketing Director Dr Rob Lamb said, “David has exemplified integrity and his wisdom across a wide variety of markets and applications has helped deliver innovative and efficient cooling solutions to customers in the UK and around the world. He has been a keen advocate of innovation not only within Star, but as a member of the wider international refrigeration industry community for three decades”

One of David’s most notable achievements was his direct involvement in the design and development of Ethos, Star Technical Solutions’ flagship energy management product. The unique data driven system won the Innovation Prize at last year’s RAC Cooling Industry Awards and has helped customers make up to 30% energy savings. The Ethos Carbon Reduction Strategy was nominated this year in the Low Carbon Achievement category.

Mr Blackhurst is no stranger to award ceremonies, having received the Institute of Refrigeration’s Lightfoot medal twice, along with awards from the UK Engineering Council and the IMechE. Additionally, he was an IIAR Board Director for many years and has authored an array of technical papers presented on behalf of IIAR, the IoR and the IMechE.

He said, “It’s an honour to be taking home this esteemed prize from the RAC Cooling Awards 2019. The majority of my career has been spent at Star Refrigeration, in a variety of roles, and I thank the company and the many colleagues I have worked with for all the opportunities I’ve been given along the way. The team and I always enjoy attending this industry award ceremony and this year it was extra special.”

The annual awards ceremony brings together end users, engineers and manufacturers from across the British refrigeration and air conditioning sector, recognising excellence at all levels from students to lifetime achievements. With this year’s host announced as comedian Russel Kane, the spectacular event was highly anticipated by cooling industry professionals across the UK and The RAC Awards has become a calendar mainstay.

Find out more about the event at: https://coolingawards.racplus.com

To find out more about Star Refrigeration visit https://www.star-ref.co.uk/