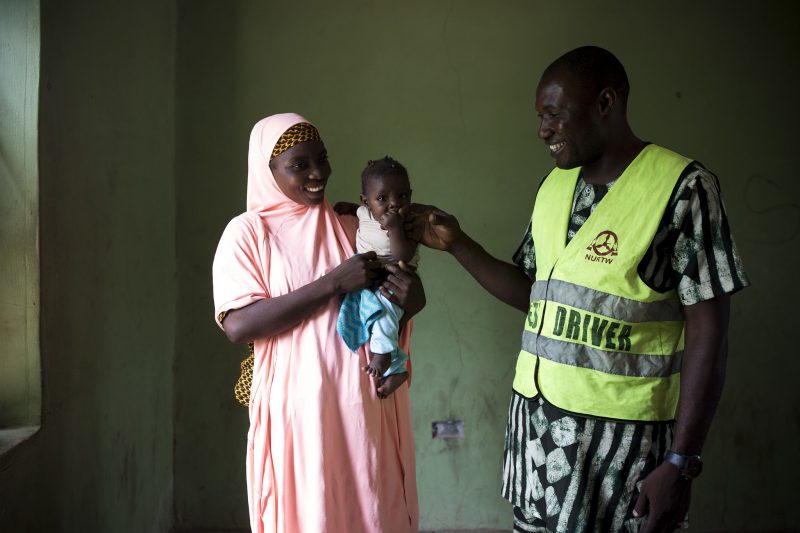 The Emergency Transport Scheme (ETS) formed by international development organisation Transaid and the National Union of Road Transport Workers (NURTW) in Nasarawa State, North Central Nigeria, has transported a staggering 1,752 pregnant women to a registered health facility during a 15-month period – surpassing all targets set alongside the donor, the Puma Energy Foundation.

Transaid and local NGO Mothercare began working in Nasarawa State in 2017, using the learnings of similar ETS approaches implemented in other states. By using a small amount of money, primarily donated by the transport and logistics sector, Transaid was able to prove the need and importance of this scheme for those living in this state, before seeking and achieving funding from international donor, the Puma Energy Foundation.

The ETS service is provided by a pool of more than 100 taxi drivers from the NURTW, who have been trained in how to correctly lift and transport pregnant women to health facilities. The service offered by the drivers is almost always free of charge, guaranteeing an affordable, accessible and safe transport service for women facing a maternal health emergency and for labour.

An ETS user survey found that in 92 per cent of cases, this emergency transport was arranged in less than 30 minutes – and for 88 per cent of women, the journey to the health facility was completed within a half-hour period.

Reflecting on the results, Caroline Barber, Chief Executive at Transaid, says: “In rural and peri-urban areas of Nigeria, transport availability can be scarce and distances to health facilities significant, which is one of the reasons homebirths without a skilled birth attendant have traditionally been the most common option for pregnant mothers. This has led to a maternal mortality rate significantly higher than the national average, which is precisely why the ETS was founded.

During the survey, no women reported being dissatisfied with the scheme, nor the service the ETS volunteer drivers provided. Sixty one per cent of women said they found out about the ETS through one of their local volunteer drivers.

Barber adds: “One of the many upsides of the project has been seeing the drivers’ status in their community rising too. We’ve heard frequent accounts of volunteers being praised and given blessings for their role in improving women’s health, and indeed going well beyond the role they were originally expected to play. Women have told us about drivers who have donated blood when there has been a shortage, drivers who have waited all night for them to be discharged so they can safely transfer them and their new baby home, and even one driver who negotiated with armed robbers so they could pass safely.”

Transaid has worked closely in collaboration with several stakeholders to deliver the ETS, including the Ministry of Health, Ministry of Women Affairs and Social Development, and Ministry of Transport. As a direct result of its success, an increasing number of NGOs have shown an interest in collaborating to upscale the scheme to include additional Local Government Areas (LGA).