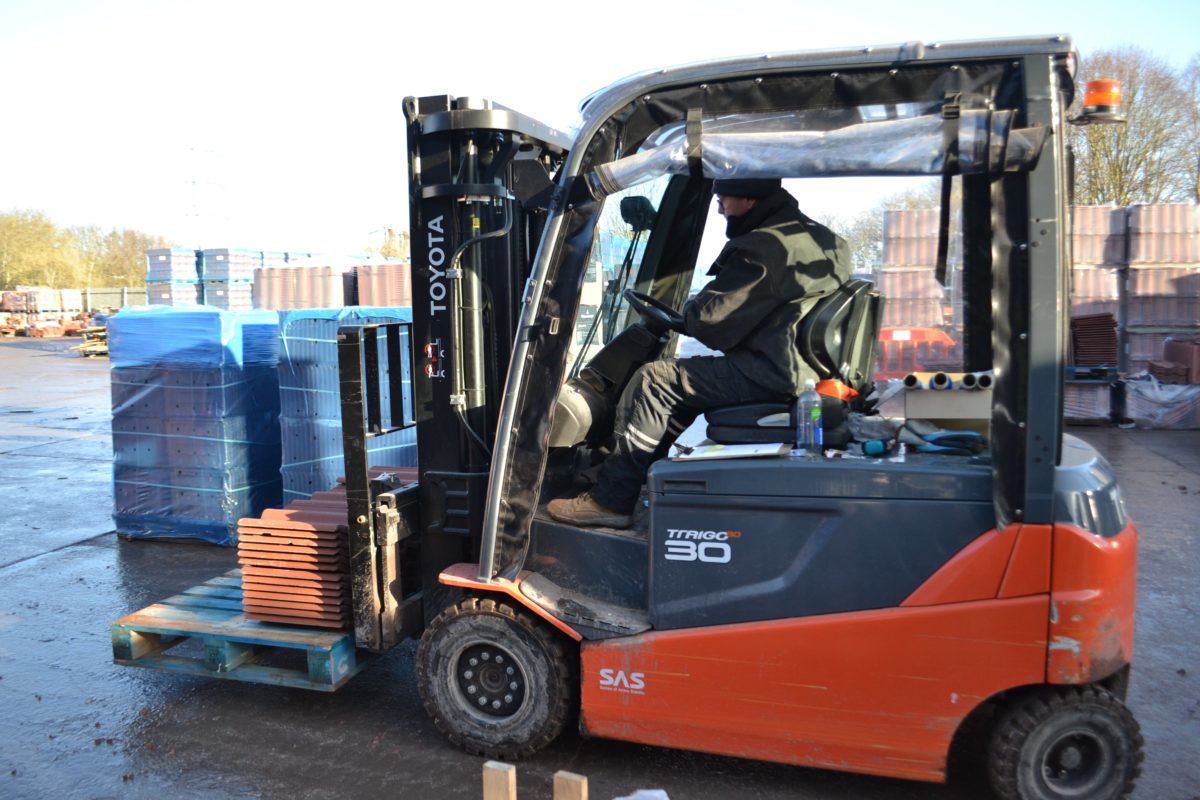 Burton Roofing Merchants Ltd – a leading supplier of roofing materials to both the construction trade and the public – is replacing the diesel-powered Toyota counterbalance trucks in operation across its 13 UK depots with electric-powered models also from Cold Chain Federation member Toyota range.

The decision to switch from a diesel to electric fleet was prompted by concerns over the rising price of fuel following the announcement that the Government is planning to prohibit the use of red diesel in forklift trucks.

In the March 2021 budget The Chancellor of the Exchequer revealed his intention to withdraw the right to use red diesel from companies operating in a number of sectors and user groups – including transport and logistics. In effect this means that transport and logistics firms will no longer be able to purchase or use red diesel (which gets its name because it is literally coloured with a red dye to allow it to be identified and prevent its use in road vehicles) to fuel diesel-powered forklift trucks. The new rule will come into effect from 1st April 2022.

Burton has operated Toyota equipment for over 25 years and had no hesitation in turning to Toyota Material Handling for advice.

A fuel cost analysis was undertaken at each of Burton’s 13 sites. Based on the current price of diesel and electricity, the figures showed that over a five-year period, electric trucks represented a considerably more cost-effective option.

Initially, Burton introduced new electric trucks at two of its depots in the south of England. Such has been the success of these models that the company is now in the process of rolling out electric counterbalance machines at all UK facilities.

Depending on each depot’s size and workload, between two and five machines are in operation – although every model supplied will have the same specification to allow equipment to be transferred between Burton’s facilities if required.

The model specified is the Toyota Traigo 80 8FBMT30. This 4-wheel counterbalance truck offers a nominal 3000kg lift capacity and is designed for heavy-duty applications.

The Toyota Traigo 80 delivers long operating times in indoor operations such as pallet racking or outdoors in a yard – an important consideration for Burton who work the trucks for extensive periods.

During a typical day at each depot the machines undertake a range of tasks both inside the storage facility and outside in the yard space.

Jordan Edge adds: “The trucks are having a very positive impact on our business. They work externally for long periods of the day and have proved equally as effective as our old diesel trucks – even in extreme weather conditions. And, because they are slightly smaller than the diesel trucks they have replaced, the new Toyota electrics have an advantage when working within confined spaces. The switch from diesel to electric has allowed us to reduce our operating costs and has helped to make our business more ‘green.’”