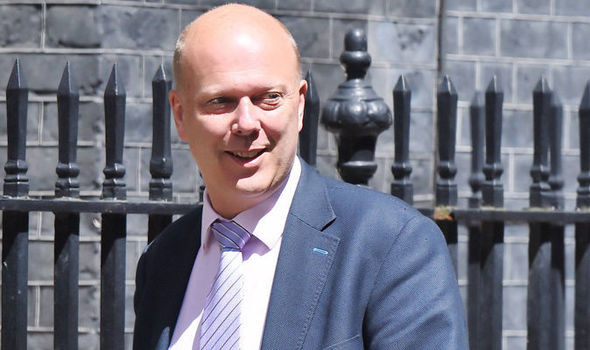 Time to Play Our Part in Preparing for No Deal

Last week I was part of the delegation of UK freight industry leaders that met with Chris Grayling. The purpose of the meeting was for the Secretary of State to share his insights about the ongoing negotiations with the EU, but most importantly for us to discuss how we might best prepare for the possibility of a breakdown in the negotiations and the UK exiting the EU on the 29th March 2019 with no deal having been reached.

The contents of that meeting have since been reported, and frustration expressed about the lack of definitive answers the Government is able to give us about what will happen in the negotiations. Having worked on Brexit issues intensively for the past three years, admittedly until a month ago on farming not logistics issues, I have been as guilty as anyone of bemoaning the impact of the uncertainty that the referendum, and subsequently Brexit planning, has had on UK businesses.

Having been close to this process week in week out for the past two years, I think that it’s time to accept that there are limits to the certainty we can expect our Government to deliver. At the very least our frustrations must be taken out not only on our own government but on the EU and other member state governments as well.

We should also recognise the amount that has been done especially related to transport, not least passing the necessary legislation that makes it possible to issue permits and driving licences if necessary. I know from personal experience that other departments are not as advanced as this (flashback – there is still no sign of the Agriculture Bill that is needed to pay farmers subsidies if there is no deal).

The point that Chris Grayling made in the meeting was that a negotiation is by its nature uncertain, ‘nothing is agreed, until everything is agreed’ is trotted out as a soundbite but it is also an unavoidable truth. Negotiations are a poker game, every commercial business that has tendered, pitched or negotiated a sale, has experienced this.

The day the UK voted for Brexit we set a course for a last minute, make-or-break EU summit where the deal finally emerged at 4am on the second extended day of the talks.

Brexit is hideously complicated and the stakes extremely high. If either the UK Government or the EU miscalculates and collapses the talks then the dislocation to our supply chains will be immediate and significant. But the collapse will also be temporary, because (not to sound too ‘Brexiteery’) we have a large and robust economy, millions of wealthy consumers and world class logisticians that will find solutions and adapt to the new realities.

Do we want No Deal to happen? – no. We want a proper transition and a permanent agreement that secures as much freedom of trade with the EU as possible, anything else will add stupid unnecessary cost to our supply chains. The question that Chris Grayling asked us in the meeting was what if that deal does not happen, what should the Government be doing now to try and make the impacts less bad; especially in the initial weeks and months. It’s the right question to ask and we have a responsibility to play our part in finding answers.