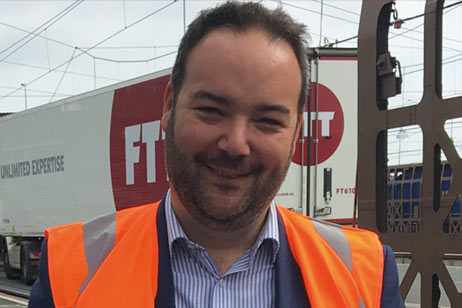 It’s a source of much amusement to Europeans that North Americans, commonly refer to ‘doing Europe’. We raise a wry eye at the idea of a catch-all that encompasses a continent of dozens of countries and cultures. Of course, we do the same when referring to the collection of different States and cultures that makes up the the US and Canada, respectively.

In that context, I had the pleasure of being part of the latest Global Cold Chain Alliance Conference this week (the 22nd). Over three days we had the chance to ‘do Europe’ to take a strategic look at trends, shared opportunities, challenges and talk about solutions to common problems.

As a newcomer to this industry and having spent 6 months immersed in the UK market I was only partly prepared for the exposure I have received to the scale, complexity and interconnectedness of the European and global cold chain.

It was also bitter sweet for me personally as this is probably the last time, I will visit Brussels as an EU Citizen. Brexit was very much on the agenda (how could it not be) but more of that later.

The first event was a meeting of the European Warehouse Council. A reminder of the value of a simple roundtable discussion on what is happening in member markets. Across northern Europe there was a common report of very high occupancy levels, and a general agreement that this was about more than simply the Brexit effect, strong trends in frozen and chilled food, changing demands further down the supply chain especially in last mile delivery. Our North American colleagues questioned us on why this trend in increased demand was not translating in to more warehouse building. There wasn’t a clear answer to this, but suggestions included the sense that the trend may yet prove temporary, Brexit uncertainty, questions about what will happen in major export markets like China.

The conference began in earnest on Thursday, where we treated to a masterclass in strategic leadership from Doug Harrison the current President of the International Association of Refrigerated Warehouses (IARW) – IARW is one of the four trade bodies that together founded the GCCA – Doug’s career experience include among other things running Canadian refrigerated business VersaCold and setting up the European division of the Ryder logistics business, gives him a real insight into how to deliver market outperforming growth.

He reminded us of the number of companies that fail to spend the necessary time to develop, review and adapt corporate strategy, these companies he told us are set to fail. He also told an important story about the need for strategy to target obvious financial and operational target, but also to recognise and shape company culture, if a company delivers on its cultural values, it makes it hard for leaders to lead.

After Doug we heard from Corey Rosenbusch President and CEO of the GCCA. Corey give a whistle-stop run down of just how much merger and acquisition activity there has been in our industry over the past few years. With the global top 10 cold storage operations owned or recently bought by private equity vehicles. He emphasised how this shift from the traditional family run model to equity backed and listed corporations is an adjustment for the industry but one that brings lots of opportunity.

For many the stars of the show will have been the joint presentation of Bay Grove/Lineage Logistics. The real disruptors of the global cold storage market having made two major acquisitions in just the last 6 months (Yearsley Logistics in the UK and Preferred Refrigeration Services in the US). Mike McClendon, Lizzie Shay and Duco Buijze explained how Lineage are going to deliver on their mission to be the best cold storage logistics partner in the world. With a strategy based on harnessing the power of data, they have made a federalised corporate structure work, with senior executives across the group able to access live data on occupancy, turnaround and other core operational metrics in real time across companies, facilities and across the world. A real glimpse into the future. It is really striking that one of the world recognised leaders in applied data technology (alongside the likes of Apple and Microsoft) is in our cold storage industry.

Friday, attention turned to the familiar topic of Brexit, with a session chaired by yours truly. Jeroen Temples from EuroFrigo (The Netherlands) and Gary Tilburn (adviser to Lineage Logistics) talked about the real world impacts on the ongoing uncertainty over the future trade relationship between the UK and the EU. The overall feeling is one of definite short term pain as two sides, poorly prepared for a completely new trading world have to rapidly adjust to reconfigure trade flows. But at the same time a sense of the longer term opportunities especially related to innovative off-Port trade clearance and food checks (as is on show at EuroFrigo) provides new opportunities for third party logistics.

Perhaps the most telling contribution came later in the day from Ben Val Woelpert of Antwerp Cold Stores who explained how he has extracted himself from UK business – he spoke for many saying he was tired of Brexit talk and focused his business on other global opportunities. He won’t be alone. That said those that do stick with it and find ways through the coming storm are likely to reap the rewards.

We also found out today that Ben Price won the European Next Gen award and he will represent Europe in Chicago in June. Up against the best of the US, Australia and Latin America, Ben will do us proud I’m sure.

With so much going on across three days, I have only scratched the surface of the interesting people I have met and insights I have received. As well as some great networking dinners and social time spent. Congratulations to Julie Hanson, Corey, Megan, Alice and all the GCCA team. If you are an EU cold chain operator, this event is really worth attending. I look forward to going myself next year Rotterdam 18-20 March.