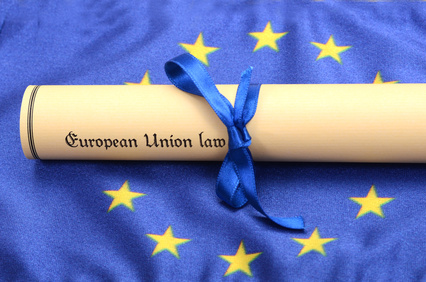 I must admit that I breathed a sigh of relief at about midnight on the 11th April, when my BBC News App pinged to say a Brexit extension had been agreed.

I was relieved because I knew that, despite the herculean effort of so many government officials and businesses, we were not ready for no deal.

It would be a disservice to say that we were completely unprepared. By end of March, food importing businesses had reason to be pretty confident that the UK government would deliver something close to business as usual.

A universal diktat to let food in, without inspections, had been issued.  Simplified customs procedures were set to reduce dramatically (but not completely remove) the burdens involved in filling out customs declarations. The new tariff schedule imposed some new costs, on some EU imports, but balanced it with sweeping reductions on import tariffs for many other goods sourced from outside the EU.

Food exporters on the other hand were heading for a potential nightmare and were largely on their own. The tariffs that would have come into effect the next day would have all but ended access to key markets for UK produce. Those that sought to continue to trade faced major uncertainties over how to physically cross the new border. Whilst French authorities had declared themselves ready, they really meant ‘we are ready if….’

The ‘if’ was a presumption that every vehicle seeking to transport goods into the EU would present at their inspection posts with all the necessary registrations and paperwork in place. They called this being ‘border ready’.

To make matters worse it was hard to find anyone inside or outside government who could describe in full what was required. Those trying to decipher it, quickly came to realise that ‘border ready’ meant different things depending on the type of business involved, the goods carried and the destination within the EU. It involved a complex web of requirements that included customs registrations, food safety certifications, vehicle and trailer permits, transit arrangements (accompanied with large financial guarantees) and more. All of which would have to be correctly entered into new, largely untested, IT systems and required drivers to carry, and border agents to inspect, new largely unfamiliar documents.

The nightmare scenario of hundreds of trucks being prevented from boarding ferries and trains was extremely likely. To compound matters, the traffic plans for managing delays were only really built to deal with trucks being slowed down through the border, it was not built to cope, if the French authorities decided to turn away hundreds of trucks that it deemed ‘not ready.’ The whole Brexit plan came down to a possible stand-off at the border posts in Dover and Folkestone, and the UK’s hope was that the French/EU would blink and let non-‘border ready’ trucks cross, to be dealt with in Calais (if at all). They had no real idea whether they would.

We weren’t ready then, but can we be ready for the 31st October?

There are definite positives to draw on. We have had a dry run.  The pressure of the last deadline did lead to a breakthrough in some of the communication barriers that the adversarial Brexit negotiation had erected between, the UK, the relevant member states and the EU Commission. There was a reassuring spirit of co-operation on the ground, that given more time could have resolved most issues, is a definite base upon which to build. But, that is small comfort when it is balanced against two other key factors.

Firstly, the leadership vacuum that brought us to the brink last time, is getting worse not better. Government officials on all sides, took the signal from the 11th April extension, to halt preparations. A pervading general sense that Brexit was not going to happen had taken hold. Only now more than a month on, and since the PMs resignation, are there signs that the apparatus of no deal planning is being fired up again, and even then only half-heartedly.

If attitudes in government are not ideal, it’s worse within the food industry. A broad estimate would be that by mid-April about two thirds of businesses had made major investments in no deal preparations – from stockpiling, to restructuring of supply chains;  and recruitment or reassignment of staff – whereas, about a third had not made detailed plans and instead decided to take their chances.

Those businesses that had made unrecoverable commitments have been left feeling burned, those that didn’t feel vindicated. Most of all, whatever their approach last time few businesses will be inclined to get drawn into ‘no deal’ in the same way again. This means that come the last days of October, if the politicians are playing the same games, then the likelihood that businesses will co-operate in preparing for no deal is less, rather than more likely.

Deal or No Deal, it’s the interminable question. It is only with limited expectation that food businesses will watch the political machinations of the conservative leadership election. It’s not just a new leader we need, but a new plan that we can all understand and have faith in. Assuming that won’t be the case, the industry is going to have to get over its reluctance and get ready to go again.