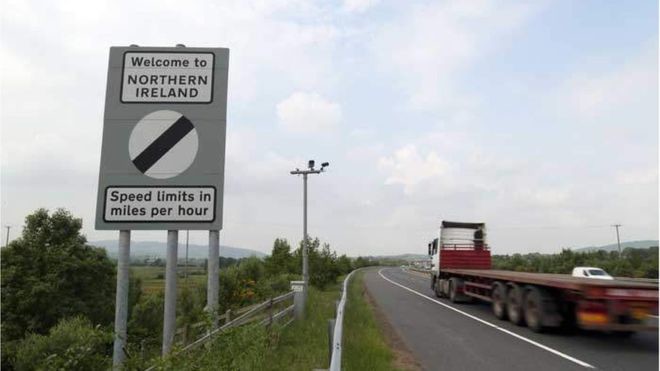 Beyond Borders – Cold Storage, Distribution and Brexit in Northern Ireland

Last week my tour of FSDF members took me to Northern Ireland, apart from allowing me to spend some wistful hours driving in the countryside pretending it gave me a great sense of connection to my ancestral roots, it really brought home to me the practical issues facing the food supply chain through Brexit.

Our members impressed me with their forward-thinking commitment each tailors their business slightly differently, matching their service closely to the need of (mostly) longstanding customers they know well. Each business is framed in the image of their charismatic and passionate owners and the sense that for them business is personal is an important context to the conversations that we had about Brexit.

Having read a lot in the past three years about the border issues in Northern Ireland, it was striking to hear directly these personal perspectives on the challenge ahead. Before diving into the border issue I must note that their number one concern was not trade disruption but threat to labour.

Like others in the NI economy, the influx of labour from across the EU has had a major impact on growth and productivity. The weaker pound is having a big impact on labour availability, the biggest issue is the tightening of available labour to add capacity in busiest periods, but also a worrying trend of longer serving, skilled and experienced staff choosing to leave the country. For one member in particular the sense of loss this brings extends beyond the simply economic, in his view the influx of immigration has had a major positive impact on the culture and feel of the workplace.

Onto the trade issue, one thing that members were unanimous about, if politicians on all sides have any sense, there cannot be a hard border between the North and the Republic. The idea of delays and disruption that would cause is unimaginable, the food supply chain is a whole island economy and any physical barriers to that would cause a radical and damaging restructure of the way food is produced in Ireland. For some of the members the memories of pre-EU trading across the Border, linked as they were to the troubles, brings a significant shudder.

“For some of the members the memories of pre-EU trading across the Border, linked as they were to the troubles, brings a significant shudder.”

That is not to say the attitude is fatalistic. Ours is an industry that makes things work. Discussion on how inland customs clearance and sanitary checks could work are still at an early stage – transition will be vital because any contingency plans can only get to a certain point when so many of the variables are still to be pinned down.

In terms of the longer-term opportunity there is a sense that there will be some. The idea of Northern Ireland as the gateway to the EU for the UK market (and vice versa) is an interesting prospect, if only a theoretical one at this stage.

“The idea of Northern Ireland as the gateway to the EU for the UK market (and vice versa) is an interesting prospect.”

I am left with a sense of the growing disconnect between the politics and the practical reality of trying to keep a business going through the uncertainty. It is clear that some of the stage-managed engagement visits by politicians on all sides have reinforced that sense of alienation from the process. None of this helped of course by the continued absence of a devolved government to talk to about the specifically Northern Irish challenges that businesses face.

As with so much of the Brexit debate, it is not the political grandstanding that will get us through but the day in day out work of the business owners that will find a way to make it work. Nowhere is that more obvious that on the other side of the Irish Sea.